Summer’s just about here! Graduations are going on, sun is out, and the Big National Train Shows are coming up quickly! Also, we will be closed in observance of Memorial Day, Monday, May 28th.  We want to wish a special Thank You to all who have served in our country’s Military, and had family members who did so!  Your sacrifice and support help keep the world free.
We’ve got a few things to touch on this time, so lets get to it!


Traveling Clinics & Upcoming Shows
This past weekend, George was on the road to Little Rock, AR. While there, he was able to visit some of our dealers in the area, and deliver operation clinics to the shop owners and their customers. As always, we enjoy meeting everyone anywhere we go, and this was no exception. While there, he visited The Hobby Shop Deluxe in Dardanelle, 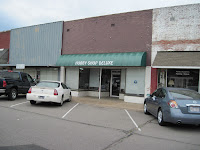 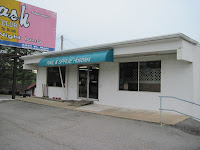 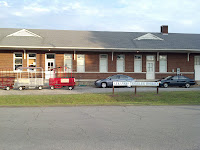 He was also able to visit a Mopac and Frisco inspired layout by Jon Swanson near Little Rock. 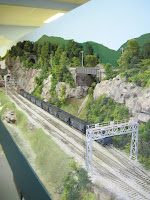 Last, because of a late flight, he was able to travel up to northern Arkansas and follow the Mopac’s White River Route. There was plenty of beautiful scenery there. After the trip, he was very glad he chose to model this portion of the Mopac for his home layout. 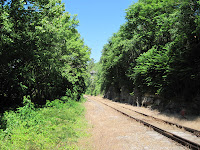 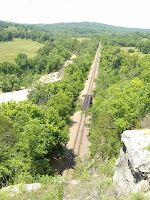 Upcoming shows that are scheduled include the National Train Show being held in Grand Rapids, MI this year in August. After that in September, we’ll be going to the National Narrow Gauge Convention in Seattle. We’re working on some projects for these shows, so be sure to keep checking in here and on our website for updates and other future appearances!

Blackstone Models:
We are expecting to receive our next shipment of Blackstone Models Products here in mid-June. Included in the shipment are the second run of passenger cars, the third run of narrow frame tank cars, and the All-New East Broad Top 3-bay hopper cars. These cars are not yet sold out, but quantities are getting low. Be sure to order your cars before they are gone.

Blackstone Models HOn3 2-8-0
With the new second run of C-19s, Blackstone Models has taken the opportunity to pique the interest of modelers of an earlier era. The New Painted and Unlettered 2-8-0 Early Diamond Stack loco is designed to be a generic Turn of the Century Consolidation. This loco is not modeled after any specific prototype, but allows freelancers and modelers to create their own fun diminutive loco. The model will feature a single 11” compressor, a Baldwin Cast front smoke box, fluted style domes, a diamond stack typical of locos in this time frame, and an ornate livery including a ‘Russia Iron’ boiler jacket. Interest in this loco has been high. You can reserve your Early 2-8-0 locomotive at your favorite hobby shop!

ProTraxx!!
We are pleased to announce the all-new ProTraxx HOn3 track system! This is a track system based on the popular and reliable KATO Uni-Joiner. To start off with, we will be offering a 9” straight and curved sections for a 19” radius as well as a starter set complete with circle of 19” radius curves, four 9” straight sections and wired track feeding track joiners. Note, it will take 16 sections to complete a circle of track, so 4 sections is a quarter of a circle.
At this time, we are taking pre-orders. Track is a new venture for us, so we are asking your help to help us better gauge our necessary stocking levels. Re-orders for track have a long lead time, so to better serve your HOn3 ProTraxx needs, please place orders with your dealers now. Our deadline to order stocking quantities is the first week of June, so we ask that your orders be submitted by June 1st. We will continue to take orders after then as well.
We do have plans for a full track system, including turnouts, crossings, multiple radius curves and multiple length straight tracks, but we have to start out somewhere. Don’t forget, ProTraxx track can easily set up a test track or temporary layout, as well as be used to build a complete home layout!

With the impending release of the new KATO AC4400CW and SD90MAC models in HO, now would be a great time to plan ahead and be sure to order the Tsunami decoders designed for these models so they can be running on the layout with sound the same evening it comes home!

The TSU-KT1000 for SD70 will easily replace the factory light board in the SD90MAC with the LEDs built onto the board to match up to the model’s clear light ‘pipes’. The TSU-KT1000 for KATO AC4400CW for is designed for factory light board replacement as well. These decoders also have 2 additional light outputs for use with any of the Hyperlight features, including ditch lamps. The Big GE loco is designed to accept a 1” round speaker in the fuel tank, for an easy installation.