SurroundTraxx and Other New Products, and Blackstone Models Updates 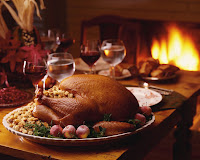 Even though is seems like we just started 2011, we’re heading into the Holiday season! Time flies when you’re having fun and keeping busy! We want to wish a safe and Happy Thanksgiving to you and your families. Just a note, we will be closed Thursday and Friday in observance of Thanksgiving. We will reopen Monday, November 28.

This time, we will talk briefly about new releases from SoundTraxx. We also have some pre-order items coming up for Blackstone Models. We’ll discuss upcoming shows and appearances and our Tech Tip will explain how to set up the echo feature in SurroundTraxx.

After finishing the revisions to the SurroundTraxx manual, we are proud to say that this item has started officially shipping out to stores this week.

More information about SurroundTraxx can be found at www.soundtraxx.com/surround. The manual can be viewed online in the Manuals section of our website.

This revolutionary sound system allows full sound for any scale, and is ideal for N- and Z-scale models, which are typically difficult to equip with great sound due to the small speakers required. Instead of onboard speakers, SurroundTraxx allows you to use speakers of any size that are installed around your layout, and directs the sounds so that they appear to "travel" with your locomotives.

The lighting decoder for the Blackstone Models Long Caboose (P.N. 810137) is now shipping as well. This is patterned to easily fit inside the Blackstone caboose, but can be used in many different styles of cabooses.

Be sure to see your local hobby shop or favorite dealer for more information and to order.

Blackstone Models has made several product announcements that are currently open for reservations. For starters, we announced six new road numbers for both the D&RGW 3000-Series Boxcars and the D&RGW 5500-Series Stock Cars, which are available in both weathered and non-weathered versions. We also have a second run of Jackson & Sharp Open Platform Coaches, two new Pullman Green cars, a 3-pack of the Denver & Rio Grande Passenger Coach Red cars, along with painted, unlettered versions of each Pullman Green and Passenger Coach Red car.

We have some K-27s still available for pre-order as well. These are expected to arrive in February. The East Broad Top 3-Bay Hopper is still available if you have not yet placed your orders. We have received the pre-production samples and these are great-looking, excellent-running and reliable cars, synonymous with the name Blackstone Models!

As we approach the end of the year, we have only one more show before the Christmas break. We will be in Oklahoma City at the OKC Train Show December 3 and 4, 2011. In January, we will be in West Springfield for the Railroad Hobby Show at the Eastern States Exposition Center. Be sure to come by and visit our booth and see all the new products and any new sounds we have to offer!

With the shipping of SurroundTraxx, we’ll share a few tech tips with you to help get the best from your new surround sound system for your layout!

SurroundTraxx has the ability to model environmental sound effects to the sound in each zone, like reverb and echo (which are not the same thing). An example of this would be if part of the layout is set in the flatlands, while another portion is up in the mountains. In the mountain zone, a light echo can be reproduced to give the feeling of being in the mountains. Likewise, if the layout has a switching area with lots of buildings up against the track (an "urban canyon"), reverb would be more appropriate.

For the example on how to do this, we’ll set up heavy echo in Zone 4 for the whistle, bell and exhaust.

Repeat this procedure for each of the locos in your roundhouse so they all respond to the echo effect. Without setting up the FX in the loco profile, that loco will not give the echo effect in any zones.

This is just one of the many ways SurroundTraxx delivers great sound to your layout. Being able to reproduce the ambient sounds of an area as modeled in the individual sound zones creates the sounds of a train running in the real world. You get to be there to enjoy it!
at 12:19 PM No comments: