Welcome to the 31st edition of SoundBytes. We will also talk a bit about Trainfest 2010, the recent announcement by Blackstone Models regarding the EBT hoppers. For our Tech Tip, discuss differences between the Tsunami and an Athearn factory-installed Tsunami.
Also we want to wish each of you a safe and happy Thanksgiving! 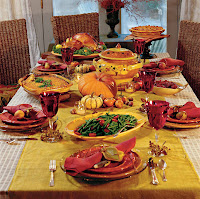 The information about this project can be found here: http://www.blackstonemodels.com/rolling/hopper/index.php Be sure to get your advance reservations in by January 31st, 2011!

Trainfest 2010.
This year’s Trainfest did not disappoint! An attendance record was set at 23,500 attendees! We were busy all weekend. We had many of our customers come by to talk with us and see our newest products. We had many good suggestions and comments from you. It is always enjoyable talking with you at the shows.

The show was a great one with many model railroads on display. We are already looking forward to next year!
Next up, the last show for 2010 is in Oklahoma City on December 4th and 5th. Be sure to come by and see George and Jarrette see what specials we may have to offer!

One way this has come up is when the modeler wants to use manual notching. Be setting CV 116 to allow manual notching, Athearn has chosen to re-map the functions to not have that as an option as a default setting. This can be easily accessed by changing a few CVs to activate the F9 for RPM+ and F10 for RPM-. There have not been many changes, but a few that you may need to know. We have written a short document highlighting the changes and what CVs need to be changed to have the Athearn Factory-Installed decoders match those of the Aftermarket Tsunami. You can access it here: http://www.soundtraxx.com/factory/OEM%20pages/athearn/Athearn%20With%20DCC.pdf

We have also published a list of CV defaults for many of the models we have supplied them with Tsunamis. This can be found here: http://www.soundtraxx.com/factory/OEM%20pages/athearn/Athearn.php

Its time for another edition of SoundBytes. In this edition, we will look at our Trade Shows, both past and future. The bug has bitten George in that he needed more real estate on his home layout, so we will look at the construction of the new section of his layout. For the tech tip, we will briefly touch on some programming fun for modern modelers.
On a side note, Congratulations to George’s hometown Texas Rangers for making it to the World Series this year, bad news is they did not win it. We’ll see how they do next year. On to Hockey season..!

iHobby Roundup
We spent last week away at the 26th International Hobby Exposition in Chicago, IL.

This show allows all hobbies to come together to display their wares to potential dealers on Thursday and Friday and to the public on Saturday and Sunday. Hobbies included were RC cars, RC trucks, RC airplanes and helicopters, Plastic models, and many other hobbies, including rubber band guns! On hand was one of the original General Lee cars from the Dukes of Hazzard TV show.

We met many of our current dealers and were able to find a few new dealers here at the show. On Public days, we were able to meet with many of our customers in the area, and introduce our products to many hobby newcomers too! Overall, it was a good show and thanks to those who came out to see us.
Next up this year is TrainFest in Milwaukee November 12 thru the 15th. www.trainfest.com George, Jarrette, Allison and Steve, our company co-founder and president will be there too. Come by say hi and see what we have new to show. We attend this show every year and we always have a great time. There is a lot to see and do, so if you are near the area, be sure to come by and see us!

Expansion time!
Well, those who know George know he could not have only a small switching layout for too long. He has started an extension to his layout in his garage to complete a round trip for constant running. Check out this photo of the completed bench work.

This portion of the layout will represent a few vignettes of the White River Run for the Mopac. (On the Carthage and Cotter Subdivisions) Included will be Pyatt Tunnel and the Calico Bluffs near Buffalo, AK. He is looking forward to getting this part up and built. We will keep you posted on the progress here.

Programming Note:
There is a programming issue that has been brought to our attention. Users of the Digitrax Zephyr may have trouble programming CV 128, overall volume control, when using the Zephyr to program. This issue is not present when using a DT300 or 400 series throttle, only when programming using the Zephyr. We have also found that despite documentation to the contrary, it will not program a long address on the mainline. We have contacted Digitrax regarding this issue and they have in fact confirmed that there is a glitch. They have advised anyone experiencing this problem to contact them about getting this issue resolved.


Tech Tip:
Our Tech Tip this time is a programming trick that was inquired about by one of our dealers. In modern diesel locomotives like the SD70 series

or the GE Dash 9, the bell is activated when the horn is sounded. This can be done using Tsunami. First, set CV36 to a value of 12. (4 for the horn, +8 for the bell.) This will have the momentary F2 sound the horn and activate the bell sound. To control this, Press F2 and the bell will start to sound at the same time as the horn. Then when releasing F2, quickly press F1 to sustain the bell ringing during the time between horn blasts (Since F2 is a momentary function, the horn and bell will stop playing as soon as the F2 button is released). Pressing F2 again will not turn off the bell, since at that time it is already on, it will continue ringing, just like the prototypes until you turn the bell (F1) off.