From our Family and Friends at SoundTraxx. 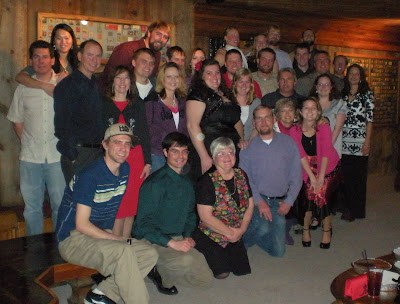 Winter is here! We have gotten a large snowfall over the last week here. We also are getting close to wrapping up another year here before the Christmas break. Due to the upcoming Christmas holiday, this will be the last post until after the 1st of the year. In this edition, we will take a look at the Oklahoma City Train Show Jarrette and George attended as well as exciting news from Blackstone Models! And finally for our Tech Tip, lets take a close look at setting up CV112 for a steam loco.

Snow Down
Winter hit here last week. Until then, we had just cold temperatures and a light dusting of snow, but the snow fell heavy this week. In town we have accumulated over 2’, but up near the Purgatory ski area (Durango Mountain Resort) received about 6’. Needless to say, there is lots of 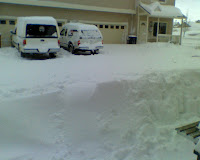 snow around. It’s going to be a white Christmas here! The office dogs are having a great time playing in it!
On a side note, we will be closed Dec 24th through January 3rd for Christmas and the New Year holidays and will re-open January 4th. We apologize for any inconvenience. We also want to wish everyone and their families Happy and Safe Holiday Season!

OKC Show Wrap-Up
George and Jarrette traveled to Oklahoma City for the 33rd Annual Oklahoma City train Show Dec 5th and 6th. We were able to talk with many modelers and see some great layouts as well.

This show is especially fun for George. Having grown up in Arlington TX, near Dallas, he always traveled up to this show as an attendee. As a result, he got to see many friends and familiar faces. We also were in attendance for the Southern Plains N-scale convention banquet held there every year. As a manufacturer that has products for N-scale, we get to meet with many of the members and speak a bit about our products. During this banquet, we were privileged to see a presentation documenting the photographic history of the Rock Island in Chickasha, Oklahoma

courtesy of their keynote speaker. We appreciate their hospitality.
As always, we appreciate the opportunity to speak with everyone who came out this year. The show had set a new attendance record this year of over 19,000 attendees! On the drive both directions, we got slowed down in snowstorms. Travel was tricky, but in the end, we made it to our destinations safely in both directions.

Blackstone News Flash!
We are pleased to announce a small limited second run of Blackstone’s popular HOn3 K-27s! We

have been getting many requests for a 2nd run of these models because they sold out quickly. Due to unscheduled extra assembly capacity at our factory, we were able to slip this project in. This production run will be for 6 road numbers in various heralds, including 3 new road numbers. All of these K-27s will be available with Tsunami DCC and sound.


Tech Tip: CV112 Steam Sound Configuration
When setting up the Steam Tsunami for a particular locomotive, there are a few things to consider. CV112 addresses many operating characteristics of a steam locomotive. First, does this model have multiple air pumps? Many of the larger steam locomotives had 2 air pumps to keep up with the demands of the longer trains they were pulling. Next, is this a conventional rod

rear set of cylinders. Last, consider whether auto chuff rate or a chuff cam will be used. A cam uses the tan wire, located between the 2 purple speaker wires, to synchronize the chuffs to the revolution of the wheel. The SoundTraxx cam kit comes with cams designed for conventional rod locomotives, geared locomotives, and articulated locomotives in various sizes to fit your model.
When using the auto chuff rate for a simple articulated locomotive, we also have incorporated a slip rate that will allow the 2 sets of drivers to go in and out of sync, creating an interesting and realistic sound. We have built in 4 slip rates; none, slow, medium and fast. This will also allow a double-header steam train with only one sound decoder to simulate 2 locomotives working together and going in and out of sync as well.
Following the chart taken from the Steam User’s Guide re-used here, 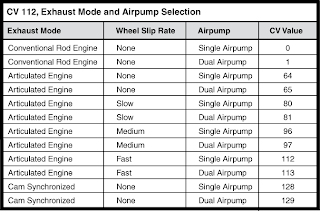 we can answer the questions asked and determine a value for CV112.
This will help your locomotive sound just like the prototype you are trying to model.
at 2:18 PM No comments:

We hope that everyone had a great Thanksgiving this year. George stayed here in Durango, while Jarrette went to Denver to be with his wife’s family. 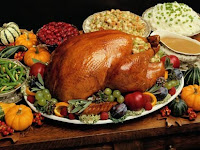 We were out of the office for a few days and now we are ready to get back to work.
In this edition of SoundBytes, we look forward to OKC. We will also learn how to get accurate sound for those E-units.
On the Road Again!
Next up is Oklahoma City Train show slated for December 5th and 6th. Jarrette and George will be driving to set up for this one. We always look forward to meeting with the modelers. If you are in the area and able to attend, be sure to come by and say Hi!
Blackstone Models:
We have been getting many great comments on our D&RGW Long Caboose that has been shipping to the hobby shops. In case you missed it, we also lettered a caboose for the Durango and Silverton Narrow Gauge Railroad. This caboose is currently only available through the D&S gift shop. For more information or to order, contact the D&S at 970.385.8873 or go to their website, http://www.durangotrain.com/.

Next up for Blackstone is the economy-door boxcar. Production should start soon, so be sure you have these on order. We will be doing another Grande Gold boxcar and Supply car in this run with the appropriate car numbers on them. These sold out quickly when we did these paint schemes before. We are hoping to see these cars in February.
Tech Tip:
What do EMD E-units, Alco's DL series, and EMD's DDA40X all have in common? These locos were equipped with 2 prime movers.

The purpose behind this was to get more horsepower out of one locomotive. What happens though is that the normal sound decoder is not able the replicate this well. Tsunami is no ordinary sound decoder. Built-in to every Tsunami is the ability to add reverb to the sound. Using this tool, we can simulate 2 prime movers without needing 2 decoders.
First, we need to look at the CVs associated with reverb to understand how these work. Many of these are explained in the user’s guide available free from our website. CV 161 is the control. This will allow some pre-selects to be used,

but these don’t faithfully replicate 2 prime movers. Since none of these are set for 2 prime movers, set this to 7, for user adjustable. CV 162 is the output level, or how much of the original sound is ‘reflected’. In this case we want 100%, or a value of 255 for a full replication of the prime mover sound. Next CV 163 is the delay time in milliseconds. To get a good delay and distinction between our prime movers, put the maximum value of 255 in for 64 milliseconds, but this value is not critical. CV164 controls the feedback mix. This is the percentage of the original sound that is mixed in to the reverb, creating multiple sound reflections. Since we are trying to recreate one sound, set this to 0 for no additional feedback. Last is the reverb mixer. CVs 169 through 172 will add the reverb at different levels for different sound effects. Since we are working on the prime mover only at this time, set CV 171 to 255, or full mix.

Now the locomotive is sounding as though there are 2 prime movers in the model. If you wanted to play with it a bit, set the output level to a different value (220) to get a more distinct sound for the 2nd prime mover.
at 9:53 AM No comments: